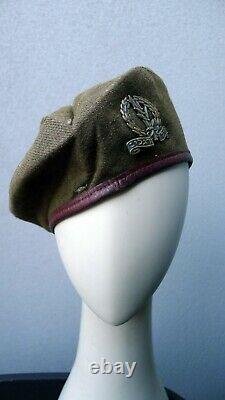 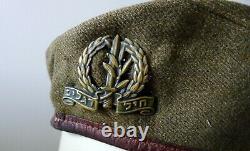 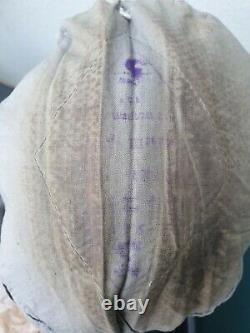 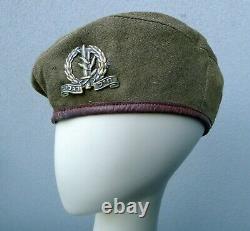 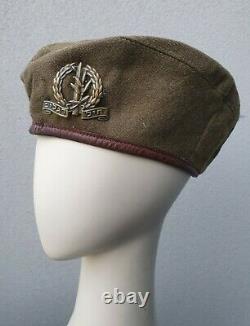 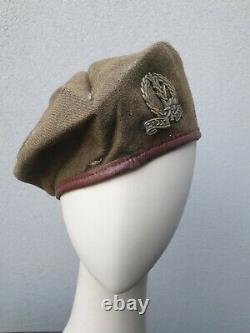 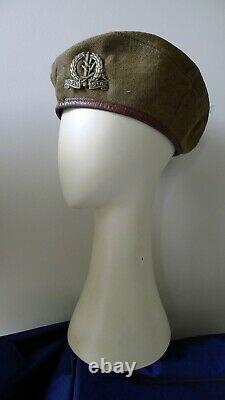 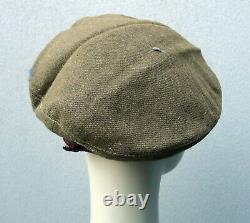 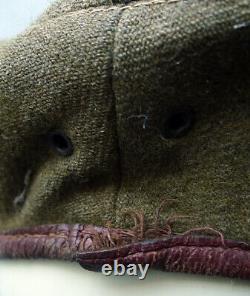 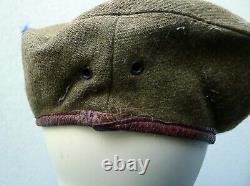 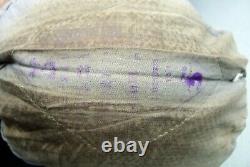 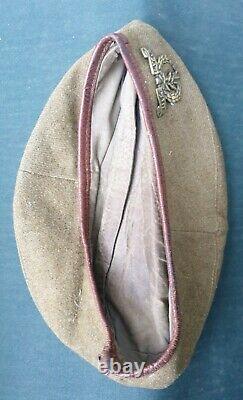 1948 - 1950 PERIOD ISRAELI DEFENCE FORCES MILITARY BERET. This is a very good example of a post Palestine 1945 - 48 British mandate (Balfour Agreement) IDF Israeli Defence Forces side hat or beret and is complete with the original IDF military badge on the front and. The badge is original to the side cap and not a later'add-on' to make the hat present better for sale. This is evidenced by looking at the fittings and how the hat badge is held in place. A good original piece of early State of Israel historical memorabilia.

I ask you, how many of these are circulating? Maker marked: Yes, appears to be in Hebrew script. Condition: Very good, used condition. Khaki or pale green overall, leather edging, vent holes, cream cotton liner with maker's marks. Original badge present fitted in very nicely and not a later addition. There is service wear and there are a few marks, however the hat does not smell. The hat has not been dry-cleaned, nor touched up prior to being offered for sale.

Once tidied up it should look fine. There may be some other markings or information that I have missed. Given that that I photograph my items under natural lighting conditions, without using a flash, there may be a slight variation in the colours in the photograph in relation to the item. David Ben-Gurion proclaimed the Israeli Declaration of Independence on 14 May 1948. His first order was the formation of the IDF The Israel Defence Forces.

The IDF was based on the personnel who had served in the Haganah and the Palmach and was declared as the only legal armed force in Israel. Another main source of manpower were the immigrants from Europe. Some of them Holocaust survivors and others veterans from World War II. The pictures refer and form part of the item description.

Be aware that you might have to sail out of the bay. As with all my artefacts, this lot is guaranteed to be original and as described. Coins used in the photos with the item are to show scale and are not included in the sale.

Nearly all of the items offered are from years of accumulating and acquisition. The item "1948-1950 IDF ISRAELI DEFENCE FORCE SIDE HAT BERET & BADGE. MAKER MARKS ON LINER" is in sale since Monday, June 21, 2021.

This item is in the category "Collectables\Militaria\Other Eras, Wars". The seller is "shed_finds" and is located in Mitcham, Victoria. This item can be shipped worldwide.