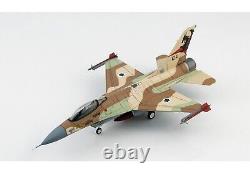 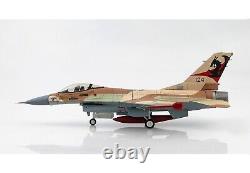 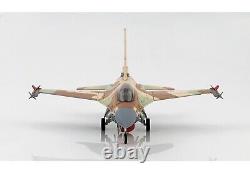 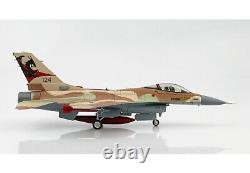 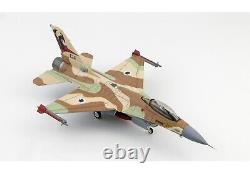 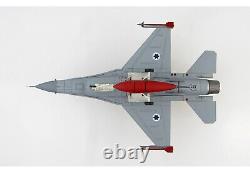 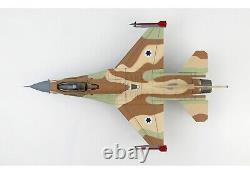 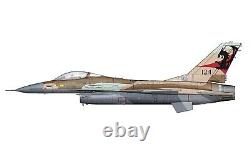 1/72 Hobby Master HA3825, F-16A "Netz", IDF AF 115th Squadron, Ovda AB. IDF AF 115th Squadron, "Flying Dragons". A brand-new, unused, unopened, undamaged item (including handmade items). All markings are Tampoed (pad applied). Option to display the model on a stand that is provided. Model can be shown with the landing gear in the down or up positions. Canopy can be displayed open or closed. Extremely heavy metal with a minimum of plastic. The F-16 Fighting Falcon was produced by General Dynamics who became Lockheed who then merged with Martin Marietta to become Lockheed Martin. The F-16 entered service in January 1979 as a multi-role jet fighter that evolved into an all-weather multi-role aircraft capable of sustaining 9-g turns. And 25 other countries added it to their inventory. The Fighting Falcon is referred to by its pilots as the "Viper" and will remain in USAF service until 2025. IAF Aggressor Squadron, "Flying Dragons or Red Squadron". Manufactured as F-16A 78-0320 c/n 6V-13 the aircraft, along with other F-16As were destined for the Imperial Iranian Air Force.

However this agreement was cancelled due to the Iranian Revolution of 1979. These aircraft were re-allocated to Israel with sixty-seven F-16As being delivered between 1980 and 1981. 78-0320 was given number 124 and assigned to the IAF 117 "First Jet Squadron" before going to the 140 "Golden Eagle" Squadron and finally the 115 "Flying Dragon or Red" Squadron. The 115th is the IAF Aggressor Squadron.

_gsrx_vers_1436 GS 9.0.5 (1436). This item is in the category "Toys & Hobbies\Diecast & Toy Vehicles\Aircraft & Spacecraft\Contemporary Manufacture". The seller is "artlizard1" and is located in this country: US. This item can be shipped worldwide.