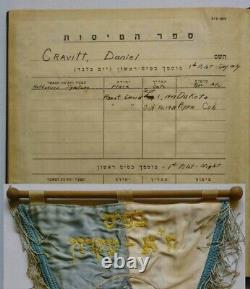 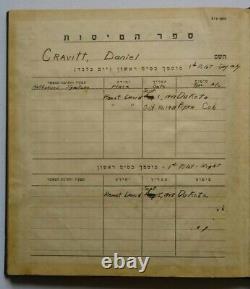 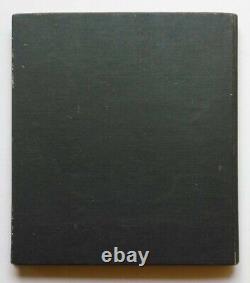 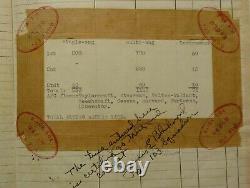 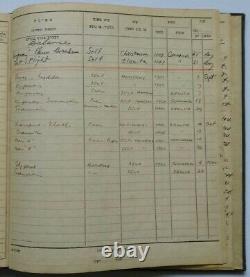 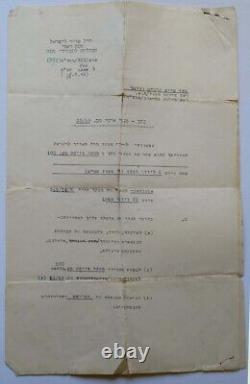 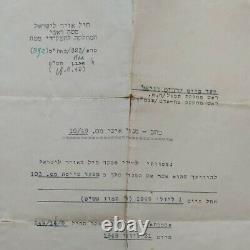 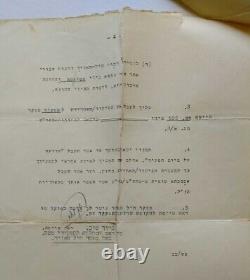 American Pilot 1948 Israel Independence War FLYING LOGBOOK Air Force IDF Jewish. In 1948 to fight in her War of Independence. He Logbook and the Flag Daniel received. From the Israeli Air Force in 1950.

Daniel had 1422 flying hours in the US Air Force. On Stearman, Taylorcraft, Vultee-Valiant, Cessna. Harvard, Fortress and Liberator Airplanes. The first page titles translated by handwriting to English. The text is handwritten in English and includes.

Headquarters - 103 Squadron stamp. Also Certification as a day and night pilot in the. Israeli Air Force that was done at Ramat David base.

Enlisted on August 17, 1948 and released on May 31, 1950. Condition: Papers slight browned by time. Some wear & tear in the Service Certificate. Embroidery "Air Force Base Ekron". And Magen David on White & Blue.

And a wooden pole is threaded above. On the back side, otherwise very fine. Please see photos for details and condition. And feel free to inquire if in doubt. Thank you, and good luck. This item is in the category "Collectibles\Religion & Spirituality\Judaism\Books". The seller is "israeliana" and is located in this country: IL. This item can be shipped worldwide.