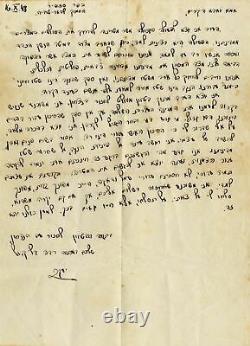 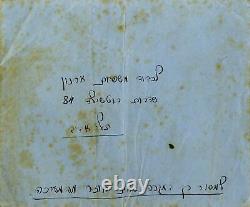 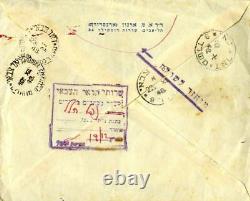 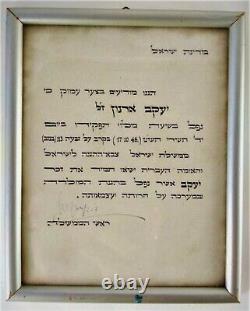 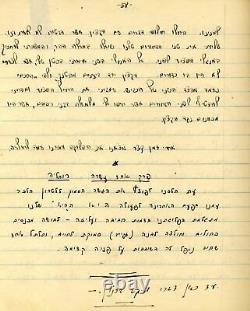 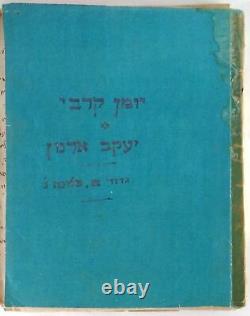 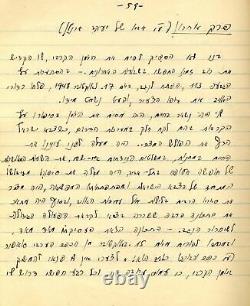 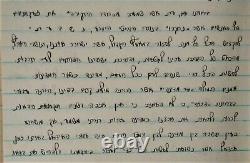 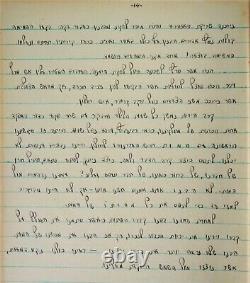 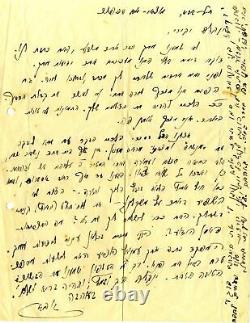 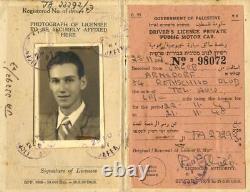 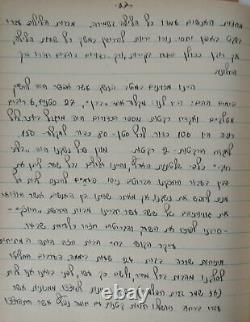 Archive of letters and writings by Ya'akov Arnon, an IDF commander who was killed in the 1948 War of Independence. Arnon commanded the battle for conquest of hill 113 (today called Givat Arnon) near Kibbutz Negba ib October 1948, and was killed in battle. After his death his last letter to his parents / his will was found in his pocket, in case he did not return from the battle.

This letter is included in this archive!!! (See content of letter below).

Also - Parchment, hand written by scribe, letter of condolence by the Israeli Government hand signed by prime minister David Ben Gurion. Lengthy and detailed battle diary written by Arnon. 58 pages in his handwriting, with details of the events and battles he experienced all during the year of battle since the November 1947 UN resolution, and another four pages added by his father after his death, in which he writes about his son's final days. (A stencil version of the diary published posthumously is also included). A typewritten eulogy from one of the members of his company, written in 1954.

DDriver's license with his picture from 1947. Photographs from the planting of an orchard in his name, 1955. Letter received by his parents from the Defense Ministry, telling them about their receipt of a War of Independence medal for their son, 1951. Booklets published in the 1950s mentioning Ya'akov Arnon's letter and his story.

He joined the Hagganah when he was 14, and enlisted in the Givati Brigade of the time. He served as a commander and participated in many battles during Israel's war for independence. He took upon himself to lead the attack of strategic hill 113. The day before the battle, he wrote a letter to his parents, that he wanted them to receive in case he would fall in battle.

Dear Mom and Dad, tonight I'm going out on a big operation aimed at distancing the Egyptian invaders from our State. The operation is very serious, because the enemy is equipped with the best weapons and has many, many troops. We must distance the enemy from the territory of our State, of which the Negev is one of its essential territories - an area for hundreds of thousands of our people to live in the near future. I'm going out this evening absolutely confident that we will return victorious. At the same time, I know the danger to individuals among us is huge.

After all, who knows who will be chosen by fate as a sacrifice? It is totally prohibited for me to think of myself. I know your feelings at this time. You always sacrificed yourself for me.

You spared no toil or concern. I was spoiled at home, quite spoiled. I'm convinced I will return to you unharmed, but if something happens, forgive me for going. No, don't forgive me!

On the contrary, be proud, it is for the sake of all of us. With hope and confidence we will return victorious, yours, with endless love, Ya'akov. " Arnon put the letter into an envelope, writing on it: " Deliver only in case I don't return from battle. This item is in the category "Collectibles\Militaria\1946-49\Original Period Items".

The seller is "art-and-culture" and is located in this country: IL. This item can be shipped worldwide.