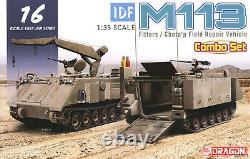 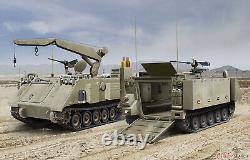 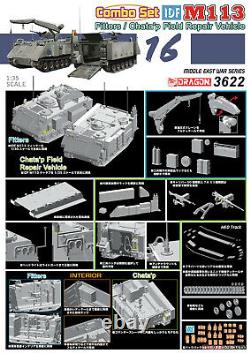 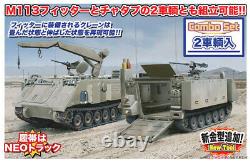 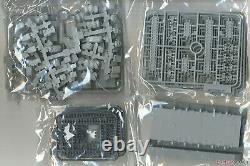 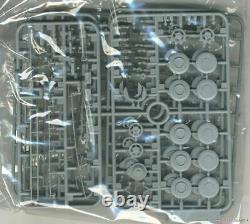 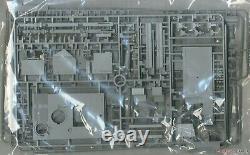 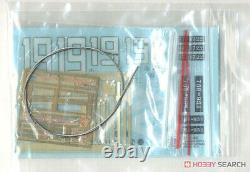 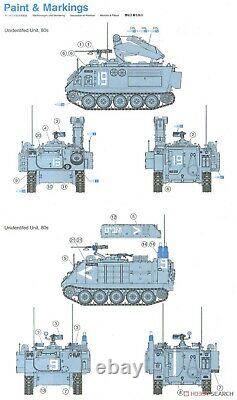 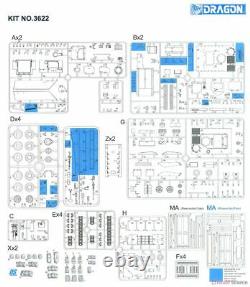 Dragon #3622 1/35 IDF M113 Fitters & Chata`p Field Repair Vehicle (Set of 2). Item Size/Weight : 38.1 x 24.5 x 8 cm / 839g. M113 is a soldier transported car developed by the United States after the war. When it was formulated in 1960, we gathered high evaluations of usability and reliability and increased the number. It is characterized by adopting aluminum armor as the car body, so it can be dropped in the air or traveling on the water because it fell within the car weight less than 13 tons. In addition, two crew members were able to accommodate 11 soldiers in the cabin. In addition to vehicles as basic military transportation vehicles, various derived types such as mortar mounted type, missile launcher, command car, etc. Were born based on the car body. It is operated not only in the United States but also in around 50 countries around the world. Israel is also one of the countries that operate M113, among which a number of vehicles used in engineer and repair troops are also deployed. A vehicle called a fitter equipped with a large crane made by HIAB on the upper part of a car body, and Chattap which carries many tools and parts and is active in the repair and repair of battle vehicles in the previous war is one such, and it is unique in IDF Unique remodeling is also added and used. Variation of the M113 model of Dragon which gathers high evaluation to military fans is enriched.

This kit is a 1/35 scale plastic model assembly kit that recreates M113 fitter and chattap, engineered cars deployed and operated by the Israel Defense Forces. It is a combo set with two parts of parts that can make both cars. Exactly reproduce the characteristic box shape unique to M113 including the lower part of the body. Rear boxes and storage boxes attached to each car body are also modeled firmly to the details to express the vehicle's characteristics. The crane equipped on the body of the fitter can reproduce the folded state and the extended state.

Personal equipment such as backpacks reproduced with DS material is also set, and you can direct realistic finish. In addition, the track adopts a partially integrated NEO truck that is divided and assembled. Trackpads are prepared in separate parts one by one, increasing the reality of the underbody. In addition to the appearance, the kit models the differences between each vehicle in detail and interior parts and interior parts in detail. Increase the range of scene production.

It is a fun twice the combo kit. M113 model of the dragon which gathers high evaluation to military fans. Engineer vehicles deployed and operated by Israel Defense Forces, M113 fitter and chatap are reproduced on 1/35 scale.

Combo set with two parts that can make both vehicles. Rear boxes and storage boxes are also modeled firmly to the details to express the features of the vehicle. Crane equipped on fitter's body can reproduce the folded and extended state. Personal equipment such as backpack reproduced with DS material is also set. Caterpillar adopts a partially integrated, split and assembled NEO truck.

We offer the opportunity to return our products ordered from shglobal. You have 30 days from the day of receipt to return any unused items. This item is in the category "Toys & Hobbies\Models & Kits\Automotive". The seller is "shglobal" and is located in this country: KR. This item can be shipped worldwide.