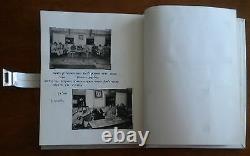 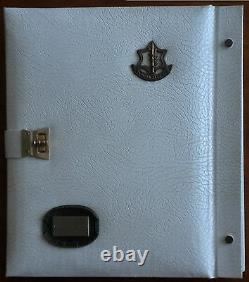 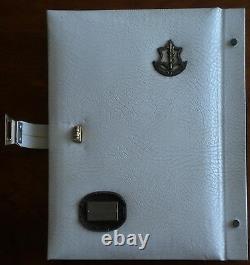 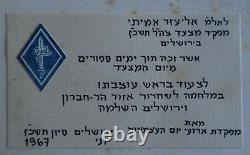 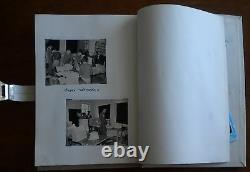 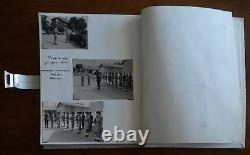 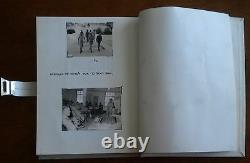 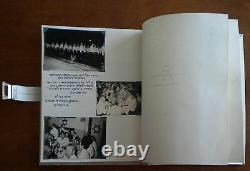 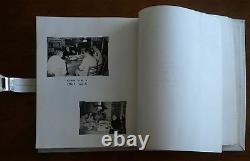 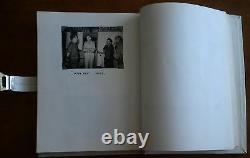 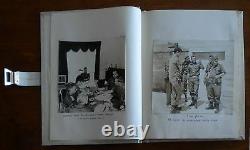 Israel 1967 IDF Parade Jerusalem Photo Album. Colonel Eliezer Amitai Six Day War. Rare photo album from the IDF Parade in Jerusalem on15 May 1967 (known as the small parade in University Givat Ram), this album is one of kind made only for Colonel Eliezer Amitai how was the officer in charge of the parade and one of the liberators of Jerusalem in the Six Day War, the IDF parade that was traditionally held on Israel's Independence Day for its 1st 25 years was never held in Jerusalem till 1967, more info about the.

Historical importance of the parade and the tension before it is available in Hebrew below Colonel Amitai biography that is also in Hebrew. The album is 30x28 cm contain 58 pages with a total of 102 pictures in different sizes and few brochures, include pictures with the president Zalman Shazar prime minster Levi Eshkol chief of staff Yitzhak Rabin and other. Dignitaries, the end of the album also include few pictures from Colonel Amitai participation in the Six Day War.

Please see evadible pictures and let me know if you want me to take others. 2 pictures are missing, first page with rust spots, few other pages with light rust spots, overall excellent, please see pictures. I GO TO THE POST OFFICE EVERY DAY! Thanks for the visit good luck. The item "Israel 1967 IDF Parade Jerusalem Photo Album Colonel Eliezer Amitai Six Day War" is in sale since Wednesday, April 29, 2015.

This item is in the category "Collectibles\Militaria\Other Militaria". The seller is "galh1975" and is located in Giv'at-Shemuel , -. This item can be shipped worldwide.