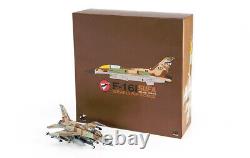 In striking Iraq, Israel showed that a preventive strike can be made, something that was not in doubt. Israel's act and its consequences however, make clear that the likelihood of useful accomplishment is low. Israel's strike increased the determination of Arabs to produce nuclear weapons. Arab states that may attempt to do so will now be all the more secretive and circumspect.

Israel's strike, far from foreclosing Iraq's nuclear future, gained her the support of some other Arab states in pursuing it. And despite Prime Minister Begin's vow to strike as often as need be, the risks in doing so would rise with each occasion.

Kenneth Waltz, an American political scientist. Discussing the Raid on Iraq's nuclear facility known as "Osirak". The F-16I is a two-seat variant of the Block 52 developed for the Israeli Defense Force Air Force (IDF/AF). Israel issued a requirement in September 1997 and selected the F-16 in preference to the F-15I in July 1999. An initial "Peace Marble V" contract was signed on January 14th, 2000, with a follow on contract signed on December 19th, 2001 for a total procurement of 102 aircraft. The F-16I, which is called Sufa (Storm) by the IDF/AF, first flew on 23 December 2003, and deliveries to the IDF/AF began on February 19th, 2004. The F-16I's most notable difference from the standard Block 52 is that approximately 50% of the American avionics have been replaced by Israeli-developed avionics (such as the Israeli Aerial Towed Decoy replacing the ALE-50). The addition of Israeli-built autonomous aerial combat maneuvering instrumentation systems enables the training exercises to be conducted without dependence on ground instrumentation systems, and the helmet-mounted sight is also standard equipment. The helmet-mounted sight, head-up display (HUD), mission computer, presentation computer, and digital map display are made by Elbit Systems of Israel. Furthermore, the F-16I is able to employ Rafael's new Python 5 imaging infrared-guided high-agility air-to-air missile. The F-16I also has the Israel Aircraft Industries (IAI)-built removable conformal fuel tanks (CFT) added to extend its range; removal takes two hours. Key American-sourced systems include the F100-PW-229 turbofan engine, which offers commonality with the IDF/AF's F-15Is, and the APG-68(V)9 radar. Pictured here is a gorgeous 1:72 scale diecast replica of a IDF General Dynamics F-16I Sufa fighter that was attached to 253 Squadron "The negev Squadron" during 20015. Dimensions: Wingspan: 7-inches Length: 8-inches. Features: - Diecast construction - Accurate markings and insignia - Full complement of weapons - Interchangeable landing gear - Opening canopy with detailed cockpit. Historical Account: "Operation Orchard" - 253 Squadron of the Israeli Air Force, also known as the Negev Squadron, is an F-16I fighter squadron based at Ramon Airbase.

On March 21st, 2018, Israel's government officially confirmed 253 Squadron, along with 69 and 119 Squadrons, took part and successfully completed Operation Orchard on September 6th, 2007, destroying the nuclear installations of Syria constructed with the help of North Korea. Operation Orchard entailed having an Israeli airstrike on a nuclear reactor in the Deir ez-Zor region of Syria that was carried out just after midnight (local time) on September 6th, 2007.

The White House and Central Intelligence Agency (CIA) later confirmed that American intelligence had also indicated the site was a nuclear facility with a military purpose, though Syria denies this. An International Atomic Energy Agency (IAEA) investigation reported evidence of uranium and graphite and concluded that the site bore features resembling an undeclared nuclear reactor.

IAEA was initially unable to confirm or deny the nature of the site because, according to IAEA, Syria failed to provide necessary cooperation with the IAEA investigation. Syria has disputed these claims. In April 2011, the IAEA officially confirmed that the site was a nuclear reactor.

This item is in the category "Toys & Hobbies\Diecast & Toy Vehicles\Aircraft & Spacecraft\Contemporary Manufacture". The seller is "themotorpoolnet" and is located in this country: US. This item can be shipped worldwide.